Latest Knowledge
The Power of CPD Events: How They Can...
How to Choose a Home Insurance Policy
10 Important Things To Know When Involving Technology...
How Pod Team Can Improve the Potential of...
What You Should Look Out For When Analyzing...
The Best Call of Duty Warzone 2.0 Cheats...
The Impact of DeFi Wallet on the financial...
4 Advantages of Influencer Management
3 Small Business Ideas for Tech-Savvy Entrepreneurs
The Story Of Camp Lejeune: How Veterans Became...
Home CBD New Vaping Technologies: Major Improvements in 2022
CBDGuide

Vaping is an increasingly popular phenomenon, especially among young adults. The Centers for Disease Control and Prevention (CDC) reports that e-cigarette use increased by 78% among high school students and 48% among middle school students between 2017 and 2018.

While many people view vaping as a healthier alternative to smoking, much is still unknown about its long-term effects. In addition, reports have highlighted several high-profile cases of people suffering from lung injuries and even deaths after using e-cigarettes. As a result, there is a lot of debate about the safety of vaping.

Despite the controversy, vaping is here to stay and is only getting more popular. Some experts believe that vaping will eventually replace smoking entirely. And this is because vaping offers several advantages over smoking, including:

Essentially, vaping technologies have improved continuously since the emergence of the first successful commercial e-cigarettes in 2003. Cig-a-likes were the first generation of vape pens. These gadgets resembled conventional cigarettes, which led to the term electronic cigarette. In 2006, vaping device manufacturers introduced a cartomizer that combined an atomizer and a flavored cartridge.

The second generation of vaping devices or vape pens enhanced the power of atomizers and batteries. People used these devices like starter kits, especially those new to the habit. However, manufacturers improved on the cig-a-likes weaknesses, creating advanced vaping experiences. 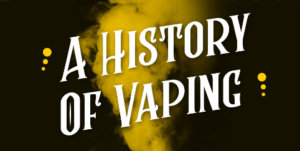 These devices had a button activating their firing mechanism and turning the battery off. Also, they featured a chip for preventing overheating. Devices that combined cartridges, atomizers, and cartomizers emerged at this time.

The third generation of vaping devices, mods, was more significant than cig-a-likes and some of the best vape pens. They had more powerful batteries with some mods using an external power source. The devices in this category produced more enormous vapor clouds and better flavor.

Some of these mods contained a display screen that allowed vapers to monitor various settings such as wattage and temperature. The devices in this category also supported sub-ohm vaping, a style characterized by using atomizers with resistance levels below one ohm. And this allows for more power and vapor production.

The fourth generation of vaping devices is pod mods. These gadgets are similar to cig-a-likes but have enhancements such as being refillable and reusable. Additionally, they have better technology, such as draw-activated firing mechanisms and air sensors that make them easier to use. These devices also feature OLED screens for settings and battery life. In general, pod mods offer a more convenient vaping experience than Mods. 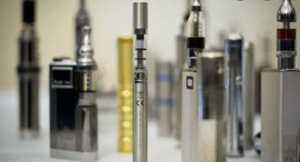 Nevertheless, some companies have focused on improving safety features. For instance, many devices now have a feature that prevents them from overcharging. Also, you can get a modern vape pen with a temperature control function to prevent overheating.

Here are other notable improvements in vaping technologies in 2022:

Vaping is continuously gaining increasing popularity, especially among young people. The appeal of vaping over traditional cigarettes is that some people see it as a less harmful alternative. However, there is still some debate about the long-term effects of vaping.

The vaping industry has seen many changes, with new technologies emerging that offer a more convenient and safer experience. Moreover, some of the latest innovations make vaping seem fashionable, especially among young people.

Moving forward, we can expect to see even more improvements in vaping technology, such as smartphone apps that allow for easier device customization and monitoring, digital displays that show wattage and temperature, and leak-proof designs.

Also, expect the best vape pen for e-liquid to feature a more powerful battery, a better flavor delivery system, and produce more giant vapor clouds. Furthermore, with a wide range of e-liquid flavors now available, there is something for everyone regarding vaping. And the trend of manufacturers improving on vaping technology will undoubtedly continue.

Could Technology Play a Role in Enhancing Company Culture Levels?

What are the Steps to Recover Damages in a Personal Injury Lawsuit?