Latest Knowledge
Why Should Pet Food Be the Top Priority...
3 Most Common Water-Related Hazards That You Must...
What to Wear with Khaki Pants
3 Top Tips to Pick the Perfect Travel...
Bitcoin Vs. TRON: Which Is the Better Investment?
Crickex Bangladesh Sports Betting Site – Review
Is Albania a Good Place for Bitcoin Trading?
How can Costa Rica be a Good Place...
To Hide Information Inside a Picture What Technology...
How To Define Your Target Audience
Home Guide Recreational Drug Use at Work is Increasing
Guide

The Covid-19 worldwide pandemic brought about many societal changes, and in particular, it had drastic effects on the workplace. Suddenly many workplaces were now converting to a fully remote-based setup. Employees suddenly had a lot more freedom in terms of how they planned out their daily work routines, as well as adjusting to work from home set ups, and dealing with the positives and negatives that come with that.

In terms of the negatives of this new way of working, it has reportedly led to things that fall outside of the regular concerns of work. Specifically, the amount of people using recreational drugs and subsequently developing substance abuse disorders during the course of the workday is apparently on the increase.

How Covid-19 Affected How People Worked

The services available for people suffering from drug addictions during the Covid-19 pandemic was strained immeasurably, since services were either temporarily unavailable, or only accessible online.

This meant that people struggling with unemployment – who had either lost their jobs before or during the pandemic – did not have many options in terms of finding employment. There were some remote work opportunities which would now be harder to get since everyone was applying for the same positions. These same people were likely to turn to drugs as a result of dealing with the stress of the situation, or perhaps because of developing symptoms of depression or other mental health conditions.

Elsewhere, people who were now exclusively working from home were now potentially completely isolated, having little or no communication with other people aside from during the course of the workday. They were often struggling to be productive, or being able to manage family commitments and homelife, as they were working in the same place. These factors are just some of the things that led to people developing a tendency to take drugs recreationally, which could easily turn into addiction.

According to a 2019 poll by the National Safety Council surveying employers in the US, it was found that at least 75% of these companies had been affected by the fact that some of their workforce were addicted to opioids, with only 17% of the same companies expressing that they felt equipped to tackle this issue.

Moreover, other studies found that employees throughout the US had taken part in Zoom calls and Microsoft team calls after having taken recreational drugs such as marijuana, alcohol, and other types of drugs. In addition, many employees surveyed had stated that they saw the opportunity of working at home as a chance to take drugs.

Why Is This Problematic?

The general problems with employees taking recreational drugs during the course of the workday are, of course, that their productivity will be affected greatly. As a result, they are more prone to making mistakes, and these mistakes could be costly to the company. 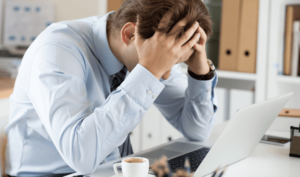 Moreover, making simple mistakes such as small errors in documents is fixable, but many companies entrust sensitive and sometimes confidential information with people. If these people who are entrusted with this information are under the influence of drugs, they might make mistakes in terms of things such as accidentally leaking documents – something they most likely would not do if they were sober.

The more concerning problem with employees taking recreational drugs is that they might develop addictions which not only would affect their work, but would put their own lives at risk.

So What Can Be Done To Solve This Issue?

Companies could aim to tackle this issue head on by seeking to provide their employees with a platform and a safe space. There they could share the fact that they are dealing with a drug addiction, but without the threat of losing their job, without facing judgment from other employees and management, and without this being used against them in the future.

This could be achieved by launching company initiatives that seek to encourage employees to talk to HR or specialist support groups set up by the company that aim to provide advice, support, and information that can help people.

Elsewhere, companies could partner with organizations and treatment centers in order to set up schemes that help employees who have developed drug addictions. They could even go the extra mile and offer to cover some of the expenses and medical bills that people would have to pay, in a bid to show that they are committed to helping their employees, and to show that they will not punish them for having developed addictions.

Also Read This: The Ultimate Guide To Choosing Your Medical School For College

For employees facing substance issues, there are plenty of addiction treatment services available that they can take part in which will help them to overcome their addiction, while also allowing them to continue working, with minimal interference to their work and life commitments.

For instance, employees could choose to undergo a medical or non-medical assisted detox program, whereby they take part in partial hospitalization for a short term period (perhaps a few weeks), or via a rehab center (residential treatment) or medical facility.

This initial treatment would require the employees to reside in a location for a few weeks, but after this, the rest of their treatment could be delivered in the form of outpatient care. This would enable them to continue to receive care in the form of several sessions per week, while also allowing them to continue working (if they feel they are healthy enough to do so).

Alternatively, if they do not feel as though they could balance the two, they may instead choose to take part in a full-time care program as part of an inpatient treatment process. This would allow the employees to get away from everything for a while, and simply focus on their recovery process.

Here they could take advantage of the extensive care options available, including access to 24/7 medical supervision, prescription medication when necessary, therapy and counseling options to help them build coping mechanisms in regards to beating addiction and avoiding relapses in the future, and much more.

Definition of Author’s Style to Do Things Correctly

Definition of Author’s Style to Do Things Correctly