Latest Knowledge
Botox: Cosmetic and Medical Uses in New Orleans
8 Tips to Set Professionals Goals and Plan...
Business Energy Deemed Tariffs: What You Should Know
MIXING UP THE MARKETING WITH A GLOBAL EYE...
3D Printing for Jewelry Production
How to Spy on Android Phone without Installing...
200 Basic Computer Questions | K.G Level
Should You Consider Crowdsourcing for Your Business?
Choosing the Right Enrichment Programs for Your Child
The 9 Most Important Facts About Australian Made...
Home Business The Differences Between Statistical Analysis and Data Analysis
BusinessGuide

The Differences Between Statistical Analysis and Data Analysis

Whether data analytics is something that you are interested in for your future career or simply something that you would like to learn more about, it’s important to understand the difference between statistical analysis and data analysis. Often, the two are used together to solve a wide range of business problems and come up with solutions. However, there are some key differentiators between common statistical methods and the data analysis process and tools available.

In short, statistical analysis is used to gain a better understanding of a larger population. This is done by analyzing the information of a sample. It allows for inferences to be drawn about consumer cohorts, target markets, and even the general populations by appropriately expanding findings to predict the characteristics and behavior of a larger group of people based on the research conducted on a smaller sample size.

On the other hand, data analysis refers to the process of inspecting, presenting, and then reporting data in a way that non-technical people will be able to easily understand. Since data are almost useless when they cannot be understood by the key decision makers who rely on them, the main role of the data analyst is to act as a translator of the figures and numbers to the people who need to know what they mean. In statistical analysis, data are often used since they can be combined from a range of sources to assist with the process.

What is Data Analysis?

On the other hand, statisticians will usually have a limited amount of information from a sample rather than vast amounts of data. For example, this could be a portion of a target market or certain population. Data analysis is performed on this sample alone, using a range of statistical techniques.

Both data scientists and statisticians will use data to make inferences about general populations, target markets, customer cohorts and more. However, both these professionals have very different approaches to data analysis.

When it comes to the differences between statistics analysis vs data analysis in respect to these two professions, the tools used are often one of the key differentiators. Data analysts tend to use data science toolboxes such as programming languages like R or Python, or experience with frameworks such as Apache Spark or Hadoop, which they use to investigate the data and make inferences.

In contrast, statistical analysts are more likely to use math-based techniques such as probability or hypothesis testing along with various statistical theorems to make inferences. While statistical programs like R can be used to perform much of the statistician’s data analysis, it will usually be more methodical compared to that of a data scientist along with being more targeted to understand a particular aspect of the sample.

What is Statistical Analysis? 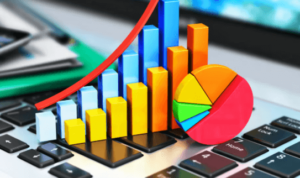 However, as data science and data analytics have evolved over time, they have overlapped and blended with various areas that were once exclusive to statisticians such as optimization, data visualization, and high-dimensional analysis.

Responsibilities of Data Scientists vs Statisticians

Although statisticians and data scientists may gather information for similar reasons, they use different means of collections. Data scientists work with massive amounts of data, so these professionals will spend a lot of their time programming computers to perform data gathering on their behalf. On the other hand, statisticians tend to rely on familiar data collection methods such as experiments, polls, and surveys.

Data scientists are the professionals responsible for creating software packages that respond to user preferences in areas like transportation, healthcare, and entertainment. For example, they create algorithms that we are all familiar with such as suggested friends on Facebook or which movie to watch next on Netflix based on your viewing history.

Some of the main responsibilities of the data scientist involve researching the latest trends in scientific data gathering, changing ways to sort and manage data, improving the productivity of current algorithms, creating visual representations of data such as tables and graphs, and making suggestions to businesses for improvement based on what they find.

A statistician is responsible for gathering, analyzing, and getting conclusions from data. They firstly need to consider what data will be needed based on the project they are working on. These professionals attempt to get a better understanding of various patterns in the world from the spread of illnesses like COVID-19 to the impact of different teaching styles on student success.

They use a range of different and often traditional methods to collect the necessary data including surveys, experiments, focus groups, polls, and observations. Their work is used in several areas including evaluating the effectiveness of new medical treatments and drugs, helping companies effectively market and design their products, and tracking populations by the government.

Some of the main responsibilities of a statistician include choosing samples to study from the target population, training, and leading teams of researchers, using computer programs to analyze data, conducting data validity tests, and compiling presentations and reports based on their conclusions.

How to Become a Data Scientist

Data science is a relatively new career field that is part of the tech industry with unpredictable barriers to entry. It’s also quite performance-centered, meaning that you can get into data science from a range of experience or educational backgrounds. There are two main ways to become a data scientist, which include:

Coding Bootcamp: If you want an alternative to college to get into a career as a data scientist, a coding bootcamp is a fast-based tech training program that provides you with the knowledge and skills you need to land a job in the industry. There are programs available for both beginners and advanced students, and many offer a guaranteed job placement to help you get into the industry faster.

Must Read: Coca Cola market research strategy you should know

How to Become a Statistician

To become a statistician, you will usually have the best results taking the traditional college route. The following steps are usually required to get into this role:

Get a Bachelor’s Degree:

Get a Master’s Degree:

While there are some entry-level positions available for bachelor’s degree graduates, most statisticians are required to have an advanced degree. You can get either a Master of Science or a Master of Arts in statistics, which will widen your job opportunities and prepare you for a doctorate in the field if you want to take your studies further.

In most cases, it takes between 12-18 months to complete these programs. You may also want to complete courses in similar quantitative fields such as a physical science, computer science, or engineering to prepare for careers in a range of industries.

Must Read: DaaS | 4 Ways an MBA Can Teach You About DaaS

It’s not usually required to obtain a professional certification as a statistician; however, various organizations offer professional accreditation that can help you be more competitive in your career.

While over time the fields of statistical analysis and data analysis have begun to overlap more and more, the two are still quite different, with various roles and responsibilities for professionals.

What Is Competitor Keyword Research?