Latest Knowledge
JCPenney credit card approval score | Complete Review...
4 Convenient Ways to Learn About Organic Marketing
Can I learn to Become a Pilot Online?
Common Health Conditions That Affect Almost Everyone
An Evaluation Of The Effects Of Economic Development...
Measuring the Performance of Cryptocurrency
Role of Cryptocurrency in Enabling Criminal Activities
The Impact of Cryptocurrency on Traditional Financial Market...
Evaluation of the Impact of Technology and Regulation...
How Do Beginners Invest In Bitcoin?
Home Guide What Is an Electrical Power Surge?
GuideTechnology

What Is an Electrical Power Surge?

An electrical power surge refers to the sudden increase in voltage that may lead to the destruction of electronic devices. The normal voltage range for most household appliances is 110 to 220 volts. Power fluctuation is often due to large home appliances such as air conditioners and furnaces.

Electricity is essential in almost all aspects of our life. Thus, it would be best if you get a consistent supply of electricity to avoid damage to your electrical appliances. Unfortunately, power fluctuations are bound to occur, and you should be ready to deal with them. 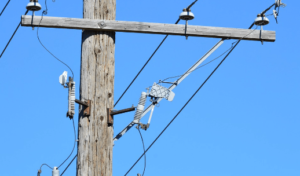 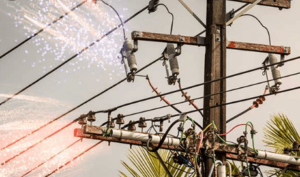 It can be tricky to spot faulty wiring enclosed inside the walls. However, some signs may provide hints of defective wiring. For instance, burning smells and regular tripping of circuit breakers are pointers of possible faulty wiring. If the casing is exposed, there is low electrical resistance. Thus, contact with a conductive material may lead to a current spike.

Circuit overload is due to plugging numerous devices into a single circuit. Therefore, the devices drain excess power from the single circuit. Your circuit is overused, thereby receiving excess current that causes a power surge.

Usually, widespread power blackouts occur when a high voltage power grid fails. So, the reconnection of power may cause an unexpected spike in current. It can end up destroying your electronics and other household appliances.

Power surges can be hazardous to your family and electronic devices. Typically, power surges make your household appliances overheat, thereby increasing the possibility of catching fire. In the worst cases, power surges can cause a fire in your home. An electrical power surge due to lightning is the most dangerous as it can cause an unprecedented spike in voltage.

3. Impact of Power Surge To Electronics

Many household electrical gadgets use a power voltage range between 110 and 220 volts. A power surge increases voltage beyond your appliances’ usage. Thus, the extra voltage destroys the components that run your appliances, such as circuit boards.

You can avert most incidences of power surges that could damage your home and household appliances. If you avoid circuit overload and sharing of sockets between large electrical appliances, you can fore-stall internal power surges. You should also hire an expert to do electrical wiring in your house.

Additionally, you can use surge protection devices, especially for sensitive and high-power-consuming appliances. The devices will protect your electronics against excess voltage whenever there is a power surge.

A surge protection device dissipates excess power into the ground, protecting your appliances from damage. So, using the devices is the best way to protect your electronics from power fluctuation.

The devices that protect against power surges allow plugging of multiple devices. Hence, you can protect several of your electronics using a single surge protector. You can also install a surge protector for your whole house. Consequently, you will protect your entire house from external electrical power surges.

Ultimately, surge protectors are the go-to devices for every homeowner. You need to invest in surge protectors to protect your family and keep your electronic appliance safe. Also, always unplug your appliances when the weather is terrible. Lastly, ensure your electrical system is inspected and maintained regularly to ensure the safety of your home.

Also Read This: Why Are Electronic Businesses Shifting Online?

What Is Fantom? A Quick Guide to This Cryptocurrency