Latest Knowledge
Botox: Cosmetic and Medical Uses in New Orleans
8 Tips to Set Professionals Goals and Plan...
Business Energy Deemed Tariffs: What You Should Know
MIXING UP THE MARKETING WITH A GLOBAL EYE...
3D Printing for Jewelry Production
How to Spy on Android Phone without Installing...
200 Basic Computer Questions | K.G Level
Should You Consider Crowdsourcing for Your Business?
Choosing the Right Enrichment Programs for Your Child
The 9 Most Important Facts About Australian Made...
Home Guide Benefits & Disadvantages of DNA Testing
GuideHealth

Although DNA testing may seem like a straightforward thing. As apparently, it requires a patient to go for blood sampling or provide saliva as a sample. But, DNA genetic testing is not as simple as it may seem to patients.

The different results that are achieved by genetic testing may or may not be something the patients wanted. A big reason for this is that the tests often show genetically inherited mutations that put children at a disadvantage.

Genetic testing often shows things, such as certain diseases in children – that were actually transferred from the mother or father. This builds a sense of guilt in the child’s parents. So, the emotional cost of DNA testing is much greater than the scientific cost of testing. A parent often cannot handle it when they continue to think that something bad has been passed on to their offspring.

Let’s now look at the benefits of using DNA testing that’s being carried on nowadays.

Today, doctors and scientists can get to the coding structure of the gene – that has relevance to a disease in point. The whole sequence of the DNA structure in terms of a particular disease can be studied to see if any disruptions exist there. Inconsistencies can be found out to know exactly what treatment is required where.

There is More Certainty

Are you much concerned about a disease that your children may get because you might have it? With genetic testing in labs, patients can know whether a specific mutation is there or not. This way, many people feel a sense of ease and confidence about the health of their children and their own health.

Appropriate Action Can be Taken Immediately

With a clear result in place, you know what to do next. That can be in terms of recommendations and the type of treatment that can be given to the patient. There are some types of genes that are associated with more severe diseases that are tough to treat. And then there are those genes that quickly respond to certain types of treatment. 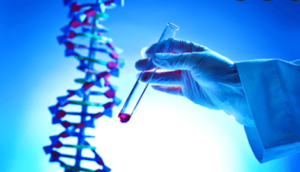 As genetic mutation is linked to family members as well – depending on the situation of each case – additional testing can be taken out. However, the bottom line is that fast action can be taken with genetic testing. Now that we’ve discussed the benefits – let’s now look at some of the benefits.

Genetic Testing Does Not Assess the Whole Body

DNA genetic testing is done on highly targeted areas of the genetic structure.

For instance, a patient whose parents were genetically tested for a heart condition will not be subjected to BRCA 1 or 2 genetic tests.

Genetic testing can even cost you several thousand dollars to do. Although these tests are now cheaper, when compared with other types of tests – genetic tests are still costlier.

Insurance companies do not cover these tests for every person.

Why office supplies have a significant value in the workplace

Botox: Cosmetic and Medical Uses in...