Latest Knowledge
Can you win big at online slots?
Should I Play at Casinos with More Than...
Top 10 Canadian Stocks You Need to Own
7 Common Photo Editing Errors and How to...
Log Cabins: How to Prepare Them for Winter?
10 of the Largest Car Insurance Companies in...
10 Best Perfumes for Men and Women
Top 10 reasons to do MBA in Finance
5 Strong Reasons Why a Logo is Important...
Dye Black Hair Red | Ways to Dye...
Home Guide Different hands in poker along with their types and ranking
GuideOthers

Different hands in poker along with their types and ranking

The best possible way to become a successful poker player is by knowing the hands in poker. Handling cards is the most important aspect of a poker game. If you don’t know how to handle the cards, even with all the luck in the world, you might end up losing an easy poker match.

This is where the different strategies and skills come into place. You must have an in-depth knowledge of the different poker hand combinations to play the game in a tactful manner. By doing so, you can form the best poker hand and find yourself victorious in the game.

Since Poker is a worldwide famous game, people from different parts of the world have given their own spin to this game. This has resulted in the development of some variations of poker. Two of them are Omaha poker and Texas hold’em. To play these variations, there are multiple poker hand combinations. Here we are going to decipher the different types of poker hands and their rankings as per the ranking rules of poker.

The different types of hand combinations in poker are applicable in any form of poker game.

The highest-ranked hand combination in poker is the Royal Flush. It consists of Ace, King, Queen, Jack and 10 of the same suits. Considering the best possible hand in a game, Royal Flush can be a win-win situation if you can handle the card correctly. This hand is so strong that it can knock out any other hands in the game. 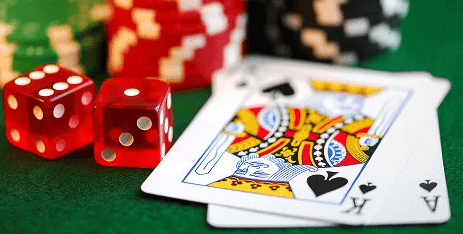 A set of connecting cards of the same suit is called straight flush. For example- 3,4,5,6 and 7 is straight flush. This hand can be a winning hand in poker if none of the other players has a Royal Flush. In the ranking system, this hand comes second after the Royal Flush. Remember, more than one player has a straight flush then the player with the best high card wins the game.

Holding the third rank in the rankings of poker hand combinations, this hand consists of four cards of the same value of different suits. The best possible four-of-a-kind anyone can have is the Aces, followed by Kings, Queens, Jacks, 10s and so on. On this hand, the rank matters and not their suits.

Irrespective of the numerological order, a flush has five cards of the same suit. It can consist of five of the 13 cards of the similar suit available in a deck. For instance, a hand of King, 10, 5,3 and 2. If more than one player has a flush, then the player with the high rank of cards will be declared the winner. Flush is superior to straight and inferior to Full-house.

Three-of-a-kind is a commonly used hand in poker. It consists of three cards of the same rank and two unpaired cards. It holds the seventh position in the order of hands. An example of this hand is three Jacks, 3 and 7. 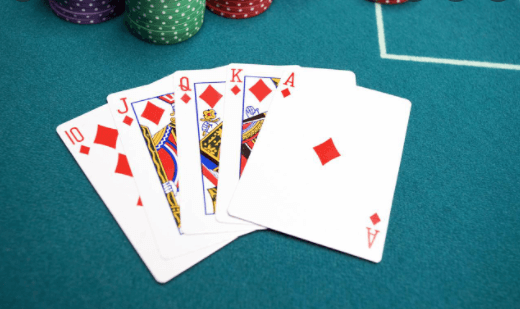 As the name suggests, this hand has two pairs of cards of different ranks. An example of this hand is a pair of 7s, a pair of 2s and another card. You can use the cards on the table to create the pairs as well. If your hand has a King and 10 and the first three community cards also have a King and 10, then you can claim a two-pair when your turn arrives.

Considered one of the easiest hands in Poker, one-pair consists of a pair of cards of the same rank. It is ranked low in the order of poker. In one-pair, the denomination of the card matters the most. Hence, the best possible one-pair hand would be a pair of Aces. However, if two players have the same pair then the value of the highest card from the rest of the three cards would determine the winner.

Though it is called the High Card, it ranks the lowest in the order of cards. In this combination, none of the cards relate to one another. Since all five cards have different denominations, they cannot be paired. In such a case, the highest-ranking card will determine the value of the hand.

So, the hands in poker are very important in determining the winner of a complex poker match. Once you are thorough with all the hands, you can improve your poker skills. Also, you can check out GetMega to play different Poker matches by applying the above-mentioned hand combinations.

Spartan Poker has the most organized user interface with all types of card games including Texas Hold’em, Omaha Poker, Chinese Poker, etc in it. You can play all these games now on one app and win huge cash rewards and bonuses. Download the app now and experience the amazingness!

Everything You Need to Know About Digital Certificates

Some Of The Best Perks Of Being An Airline Pilot

Can you win big at online slots?

Should I Play at Casinos with More Than...

Top 10 Canadian Stocks You Need to Own

7 Common Photo Editing Errors and How to...

10 of the Largest Car Insurance Companies in...

10 Best Perfumes for Men and Women

Top 10 reasons to do MBA in Finance

5 Strong Reasons Why a Logo is Important...

Can you win big at online...

Should I Play at Casinos with...