Latest Knowledge
JCPenney credit card approval score | Complete Review...
4 Convenient Ways to Learn About Organic Marketing
Can I learn to Become a Pilot Online?
Common Health Conditions That Affect Almost Everyone
An Evaluation Of The Effects Of Economic Development...
Measuring the Performance of Cryptocurrency
Role of Cryptocurrency in Enabling Criminal Activities
The Impact of Cryptocurrency on Traditional Financial Market...
Evaluation of the Impact of Technology and Regulation...
How Do Beginners Invest In Bitcoin?
Home Guide DIY: How to Perform Penetration Testing?
Guide

DIY: How to Perform Penetration Testing?

If you’re like most people, the words “penetration testing” probably make your eyes glaze over. It’s a complex and technical topic, and it might be difficult to know where to begin. Don’t worry, though! We’re here to help. In this guide, we will walk you through everything you need to know about penetration testing. We’ll start with the fundamentals and work our way up to more complex topics. By the end of this guide, you’ll be ready to start testing your own systems and applications. 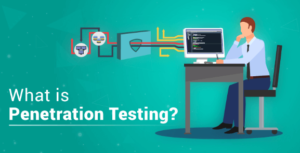 Penetration testing is a method of assessing the security level of applications, networks, and other systems. It includes simulating attacks on your system/application using similar methods as hackers to verify which cyberattacks are your systems prone to. Thus, helping you identify security flaws so you can get to fixing them before anything bad happens.

There are different types of penetration tests, but the most common ones are white-box/internal, black-box/external, and grey-box pen testing.

White-box pen testing: In this type of testing, you will have all the information you need at your disposal (e.g., architecture, direct access to the network, etc.). This is intended to reveal if any weaknesses exist in an organisation’s internal systems.

Black-box pen testing: In this type of testing, you don’t have access to anything but the application or system you’re attempting to test. This is done from an outsider’s perspective so that they can identify any vulnerabilities that external hackers may find in public-facing systems/applications.

Grey-box pen testing: This lies somewhere between black-box and white-box testing. It’s done with some information about the system being tested, but not all of it (e.g., source code).

Getting started with penetration testing

What can you test using penetration testing?

There are several use cases for penetration testing, including but not limited to:

Network penetration testing: This is all about testing the security of your network, including any devices connected to it (e.g., computers, routers). You must ensure that these systems are not vulnerable to hacking or other types of cybercrime.

Mobile application penetration testing: This type of pen testing involves looking at an application’s source code and trying out different inputs into its API endpoints until something unexpected happens (i.e., crash or unhandled exception) which may indicate there might be some sort of vulnerability present within the application.

You can test anything with a computer system in mind! Any programmable machine has potential security holes waiting to be found.

So, now that you know the basics of penetration testing and some of the things you can test using this methodology, let’s walk through the steps needed to get started.

1. Planning and Determining the scope of the test

While planning out the scope of your test, you need to have a good understanding of what you’re trying to achieve and which systems/applications you will be testing.

It’s also crucial to think about your schedule and resources. Pen tests can be time-consuming, so make sure you allot enough time for the process.

You should also have a clear idea of what type of test you’ll be performing, the tools and methods you’ll use and the information you’ll need beforehand.

Once you’ve completed planning your strategy, it’s time to begin gathering data on the target system. This can include looking at the system’s architecture, understanding how it works, and identifying any potential vulnerabilities.

You can also use this time to gather data about users and passwords, as well as any sensitive information that may be present on the system.

After gathering information, it’s time to start scanning the target system for vulnerabilities. This can be done using different tools and techniques, such as port scanning and vulnerability scanning.

The next step is exploiting any identified vulnerabilities in the system. This can include using various exploits, such as buffer overflows, SQL injections, etc.

After exploiting the system, you need to perform some post-exploitation activities. This can include stealing data, taking control of systems/applications and installing backdoors.

The evaluation phase ends with the completion of a penetration test, and the reporting stage begins. This can be done with a detailed report that includes any vulnerabilities you found in the system, as well as how they were exploited and what needs to be fixed. Also include ways to fix the flaws detected and which ones should be prioritised first.

How often should one perform penetration tests?

Penetration tests should be performed regularly, preferably once every year. But if you update your systems frequently or change things around often such as infrastructure, software, and policies, then do penetration tests more often, ideally right after new changes have been implemented.

This will help identify any new vulnerabilities that may have been introduced in the system and ensure your security posture is up-to-date.

Who should perform penetration testing?

Penetration testing can assist individuals and companies that deal with sensitive client data, such as credit card numbers or other personal information.

It is also a good idea to have a third-party perform pen tests on your systems since they are less likely to overlook any vulnerabilities that an in-house team may not be aware of.

There are many top pentesting companies that offer professional penetration services and some even offer free or trial versions of their tools, so it’s a good idea to check them out and see which one works best for you.

Penetration testing is a technical task that requires knowledge about the target system and how it works. So, you should either hire someone with these skills or get trained to do pen tests on your own.

If you are doing training then we recommend ethical hacking courses from any reputed institute.

If you’re not performing penetration tests on your systems, then you’re leaving yourself open to attack. But now that you know the importance of penetration testing, it’s time to start performing your very own test. The technique might appear complicated at first, but with some practice, you’ll be able to do it like a pro.

The key to achieving this goal is patience and perseverance. Always keep in mind that you must adapt to the circumstances. Pen tests can be very useful in identifying vulnerabilities in your systems, so make sure to do them regularly.

Ankit Pahuja is the Marketing Lead & Evangelist at Astra Security. Ever since his adulthood (literally, he was 20 years old), he began finding vulnerabilities in websites & network infrastructures. Starting his professional career as a software engineer at one of the unicorns enables him in bringing “engineering in marketing” to reality.

Working actively in the cybersecurity space for more than 2 years makes him the perfect T-shaped marketing professional. Ankit is an avid speaker in the security space and has delivered various talks in top companies, early-age startups, and online events. 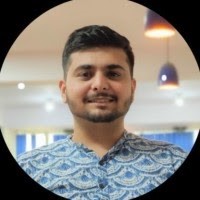 5 Tips for Starting out as an Amazon Seller