Latest Knowledge
What Is Office Hoteling Software? And How To...
Make Your College Experience Unforgettable: Top 10 Things...
8 Things to Include in Your Campus Visit...
What is it that makes Filmora the best...
Solve Wireshark Not Showing Interfaces Error | Easy...
The Most clever Complaints We’ve Looked into Zorb...
How Important is Web Design For Your Business...
Empirical Evidence and Consequences of Bitcoin as a...
Experts Share: The Secrets of Alcoholism Rehab
Why Everybody Needs Identity Theft Protection
Home Education 5 Powerful and Effective Alternatives to Physical Punishment for Children
EducationGuideLifestyle

5 Powerful and Effective Alternatives to Physical Punishment for Children

Physical punishment for children is one of the most controversial parental concerns. Although most paediatricians and parenting experts advise against physical punishment, the vast majority of parents confess to spanking their children around the world.

Physical punishment can seem like the quickest and most successful way to improve a child’s actions for many parents. It also sometimes operates in the short term. However, evidence suggests that corporal punishment has long-term implications for children. 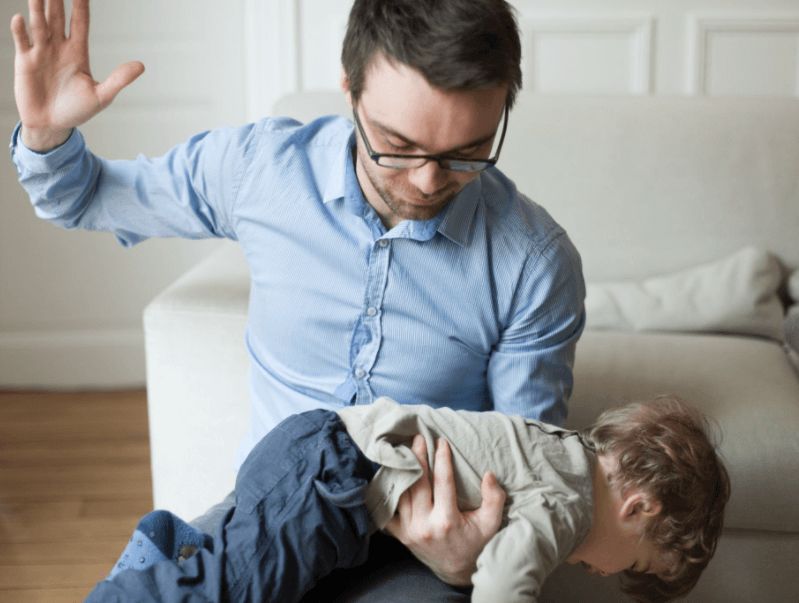 Teaching good habits to children, such as making wise decisions and exercising self-control, is an essential aspect of raising children. However, many parents use physical discipline to achieve these goals.

Furthermore, these parents do not wish to hurt their children; instead, they believe it is an essential disciplinary technique. The problem is that corporal punishment is more detrimental than beneficial in most cases.

Must Read: Five Tips Teachers and Parents Can Use Together to Prevent Cyberbullying

Punishing a child may occur for a variety of reasons:

Why do parents use Corporal Punishment?

There are few explanations for this. “The human and mammalian brains are hard-wired to pick up on negative stuff in the world.”Consequently, parents are more likely to concentrate on a child’s negative behaviour than all of the good things they might be doing during the day.

What Are The Effects Of Physical Punishment?

According to several reports, physical punishment is related to a higher risk of long-term adverse developmental effects.

Although punishment can result in immediate compliance, researchers have discovered that behavioural changes are often temporary. In reality, research consistently shows that physical punishment is harmful in the long run and can even increase behaviour issues.

Must Read:Helping Students Overcome Their Fear Towards Math

Alternatives to Physical Punishment On Child

The options below-mentioned enable parents and other caregivers to concentrate on their children’s growth. They propose solutions that can help children and adults behave less violently and reduce parental anger and helplessness, leading to physical punishment. 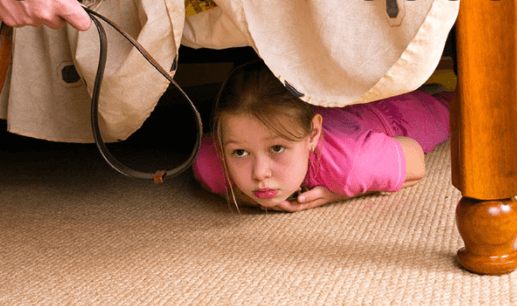 Here are five ways to discipline your child without using physical punishment:

It’s challenging to let your child make a wrong decision. Allowing your child to make a mistake, on the other hand, will teach a valuable lesson if you encourage them to experience the natural consequences of his/her choice.

There’s no need to force natural results. Instead, you must essentially get out of the way and allow your child to feel the consequences of their actions.

You could want to let your child face her acts’ natural consequences on several occasions. Here are a few ideas about how parents can make natural outcomes work for them:

Allow your child to go outside and get cold if they refuse to wear a jacket—as long as it’s appropriate to do so.

If your 9-year-old child leaves one of his toys on the grass, let it be, his toy will be destroyed by the sun or rain as a result of his lack of responsibility.

It can seem unreasonable on the surface to neglect all of your child’s misbehaviour. After all, aren’t you allowing your child to get away with acting out when you neglect his or her behaviour? Maybe not. 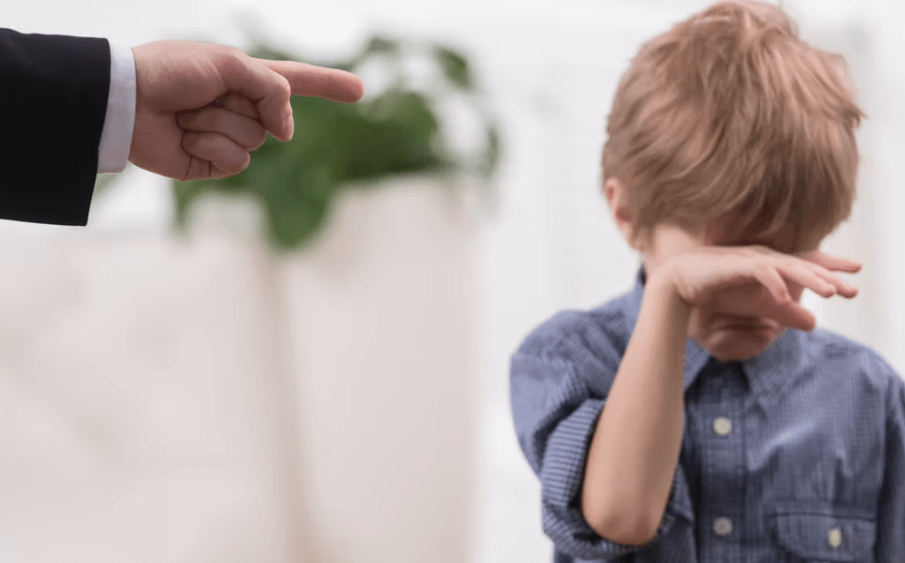 Only pay attention to the action that seeks your attention. When you turn away and pretend you can’t understand, you’re saying, “Your efforts to get my attention through misbehaviour aren’t going to implement.”

This isn’t to say that you can turn a blind eye if your child is engaging in risky or inappropriate conduct. Attention-seeking behaviour, on the other hand, may be ignored.

Limit your reaction if you can’t totally ignore or walk away from your child when they’re having a tantrum. When your child acts out, acting bored sends the same message as outright ignoring them.

Instead of using physical punishment, you can use the parental control app to restrict their regular screen time and block undesirable websites.

You can even monitor their physical locations to see who they’re talking with. Also, it is beneficial if you’re worried about some conversations or behaviours.

Promoting Words Rather Than Actions:

“If a kid could verbalise his emotions, he would learn to postpone action,” Anny Katan put it. Increased tension control, self-awareness, and thoughtful decision-making are all benefits of expanding a child’s capacity to put words into feelings and actions. The following steps are used to complete this process:

Privileges Will Be Cancelled:

The aim isn’t to force your child to submit but instead to teach them how to make better decisions in the future. This, however, takes time and practice. Teach them that they will lose a right if they make a wrong decision. The loss must be linked to the behaviour.

Make it crystal clear when we will regain the rights. In most cases, 24 hours is sufficient to teach your child how to learn from their mistakes. “You’ve missed TV for the rest of the day,” you might say, “but you can get it back tomorrow if you pick up your toys the first time I ask.”

Are you still confused by the concept of punishment and discipline? Setting Punishment Consequences for Children: An Age-by-Age Advice:

Change the tone of voice (a loud, resounding “no” generally suffices); redirect them to another activity/toy/etc. ; or give them a time out (the number of minutes should be equal to the child’s age).

“Place them somewhere away from everybody and everything else going on; however, if they won’t stay there, forget them and don’t worry- Not where they spend it, but breaking the cycle of actions is the most crucial part of a timeout.

Arquette recommends using the same punishments you used while they were toddlers, in addition to temporarily removing toys or rights.

Use the same consequences you used for younger children, but the duration would most likely need to be increased to maintain effectiveness.

“The loss of privileges or objects is more powerful when they are things your child values,” Arquette says. Losing time with friends or using technology may be essential motivators for older children.”

Ask yourself, according to Arquette, “What matters the most to your teen?” Losing certain privileges or particular objects would have the most significant impact.” Your child will lose their cell phone the next day if they use it after bedtime, for example.

Physical discipline is on the decline, as some studies show that it causes long-term damage to children. According to numerous reports, physical punishment, such as spanking, beating, and other inflicting pain methods, has been linked to increased violence, behaviour problems, physical trauma, and psychological issues in children.

What’s the right way to deal with a kid who refuses to listen?

What are some practical alternatives to punish children?

Punishing a child for misbehaving isn’t the only way to help him grow into a better person; it also releases a lot of latent resentment, manifesting in various ways later in life.

Now is the time to replace the idea of providing punishment in the form of a relaxed emotional reformation by inviting him to participate in various activities in a positive environment.

When it comes to discipline, punishment can not always be the right choice for you and your kids. Take a deep breath, give yourself a timeout, or count to 10 before talking with your child again if you’re disappointed with their actions. Make sure you schedule a time to pamper yourself.

Healthily managing your stress allows you to be the best parent you can be while still allowing you to control your children successfully and also these are the Effective Alternatives to Physical Punishment for Children those we described above.

8 Things to Include in Your Campus Visit...

8 Things to Include in Your...