Latest Knowledge
What Is Office Hoteling Software? And How To...
Make Your College Experience Unforgettable: Top 10 Things...
8 Things to Include in Your Campus Visit...
What is it that makes Filmora the best...
Solve Wireshark Not Showing Interfaces Error | Easy...
The Most clever Complaints We’ve Looked into Zorb...
How Important is Web Design For Your Business...
Empirical Evidence and Consequences of Bitcoin as a...
Experts Share: The Secrets of Alcoholism Rehab
Why Everybody Needs Identity Theft Protection
Home Guide How Webcam Chats Can Prepare You for In-Person Interactions?
GuideLifestyle

How Webcam Chats Can Prepare You for In-Person Interactions?

Most people would admit that the power of the internet has brought us a long way; after all, many aspects of our daily lives wouldn’t even exist without it.

Ask someone about how it’s impacted global communication, commerce, or education, and you’d be pretty sure to get a favorable response.

Now try posing a similar question, but make it about the internet’s impact on communication skills – you’d probably get a very different reply.

Video chatting on sites such as Camgo may be centered around making new friends online, but does it have a positive impact on the way we communicate in real life?

The knee-jerk response for most people would be “no”. After all, on the surface, it just seems like a way to chat with strangers, but with no accountability.

However, that’s far from the whole story, because it leaves out some key aspects of random video chatting that many people have actually benefited from.

Rather than disrupting the development of “normal” social skills, random chatting can boost your confidence in several different ways.

It’s hard to know what you’re really like around other people if you never put yourself out there. Plenty of individuals equate “being boring” with having a stagnant social life, so what happens when they start interacting with more people?

In some cases, they might discover that they just needed a chance to express themselves in a social setting. 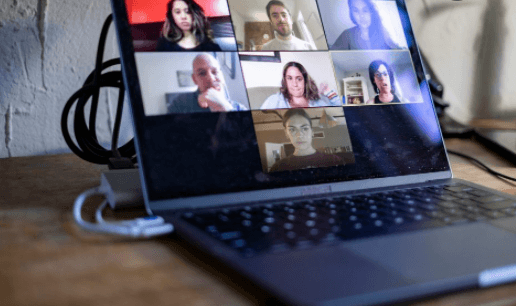 Random video chatting fits perfectly into this scenario because it’s a low-pressure environment where anyone – shy or not – can find their groove.

By practicing (or even experimenting) with one chat partner after another, it’s easier to see how much of that shyness was just a lack of human interaction.

You might prefer to stick with random video chats for a while, but eventually, the positive changes could migrate your real-life interactions too – without a bit of extra effort.

If you always feel like the odd one out, it wouldn’t be surprising at all if you avoided hanging out with people you weren’t used to.

It’s especially awkward if you’re characterized as “the weird one”; in a social setting, this can often result in you sitting in a corner the whole time, rather than enjoying yourself.

Whether you think this is good news or bad, the truth is that sometimes this narrative is all in your head – and random video chatting can help you realize that.

For one thing, a lot of people try to act more “normal” than they are in real life, leaving you feeling like the black sheep. Catch these same people in the random chats, though, and they’ll probably have a lot less reservation about expressing themselves.

Whether their closet Star Trek nerds or their secret dream is to travel the country in full anime cosplay, you’ll meet a lot of people who simply aren’t afraid to tell you about their interests, hobbies, and passions.

This may not apply to as many people as the other talking points, but it’s still worth mentioning. If you’re learning a second language, practicing with a native speaker is pretty much the gold standard to make sure you’re getting it right. 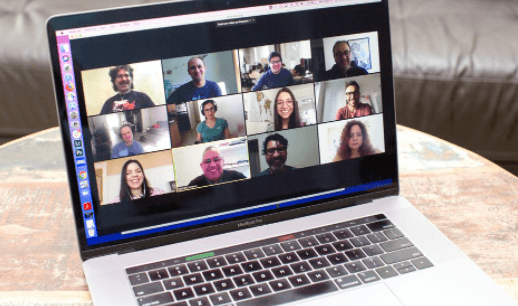 Unfortunately, not a lot of people can make this happen, especially if they aren’t looking online. If you try your luck on a random chat site, however, you could very well find dozens of practice partners who can give you corrections, tips, and advice – all straight from the source.

Being self-absorbed doesn’t necessarily mean you’re a selfish person; it could mean that you simply spend too much time in your head, particularly if you’re always thinking about your own shortcomings. While this can be a nasty habit in itself, it also means you rarely get the chance to discover your better qualities.

One of the many consequences of this mindset is that you may suffer from social anxiety. This can cause you to avoid unfamiliar experiences – like meeting new people. How would random video chatting help?

Well, if you’re talking with chat partners instead of someone who’s standing right in front of you, that can make all the difference.

For instance, you’ll never have to worry about making some basic little mistake and having to deal with the subsequent embarrassment; all you have to do is hit the “next chat” button. It’s you “get out of awkward situations free” card, and it works perfectly.

Another feature that’s great for anyone with social anxiety is the anonymity of random chats. You don’t have to watch what you say around certain people or feel nervous that someone’s going to gossip behind your back afterward. Between one thing and another, it’s just a lot easier to chill out when you’re random video chatting.

Must Read: 5 Reasons You Should Look Forward to Transitioning into Assisted Living

How many conversations have you nearly started, but never did because you didn’t feel sure enough about yourself? That’s definitely an obstacle for a lot of people, but you don’t have to worry about it so much when you’re random video chatting.

Why? Because everyone on the chat site is there specifically to talk to strangers. You might still get turned down by some of your potential chat partners, but it doesn’t feel personal like it sometimes does in the real world.

After all, you can’t expect to make a great chat partner for every one of the thousands of people on a random chat site. The point is that when you know there’s always someone else to chat with, it doesn’t matter if your current interaction doesn’t turn out like you’d anticipated.

Tips On How To Win Online Games

4 of the World’s Weirdest Bitcoin Purchases