The Risks and Prospects of Bitcoin Trading

Bitcoin trading is immensely popular amongst the millennials, and everyone wants to have it as a part of their investment portfolio.

As in other modes of trading, there are risks involved in trading Bitcoins. Since Bitcoin is relatively a novel entity, the risk factors that a Bitcoin investor is exposed to vary from the risks an investor faces in the financial market dealing with fiat currency, stocks, and bonds.

Here we shall discuss the main risk factors that may hamper your chances of making your investment into a profitable venture and the ways that highlight your prospects of earning big in the crypto trading market.

Bitcoin trading comes with its fair share of risks. The price of Bitcoin sees sharp fluctuations, and one must be wary of these movements. If you trade at a time when the rates have plunged, you may suffer severe losses. 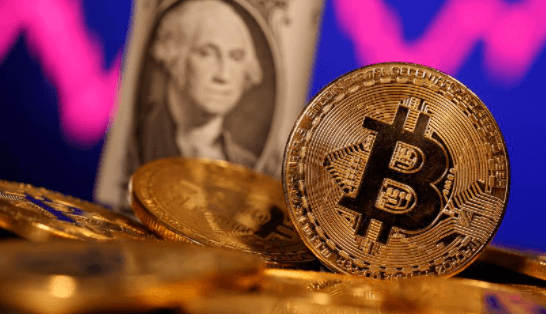 The major risk factors are:

Bitcoin is regarded as a highly volatile entity. The surges and plunges in the Bitcoin value are very frequent and affect your investment prospects.

There is still confusion about its identity. It was introduced as an alternate currency but is taken as a commodity for tax purposes in many countries. In the U.S, Bitcoin expenses are taxed under capital gains as a commodity, but it is taxed as income if you earn it as a salary.

This is one of the major reasons for its volatility as there is no regulatory body. Illegal transactions can be done under cover of hidden identity. Also, money once lost cannot be claimed.

Ways to Invest in Bitcoin trading

There are various ways you can start trading in Bitcoins. They are:

Miners vie with each other to solve the problem the fastest. The miner who solves the problem fastest is rewarded. For this, you need to have the ability to solve complex mathematical puzzles based on the Bitcoin algorithm.

For someone who does not have the aptitude or the expertise to mine Bitcoin and yet wishes to trade in it, the most convenient method is to open an account with a reputed exchange platform. You are allotted a wallet wherein you can keep your digital assets.

This is called the hot wallet. But once you start buying and own a fair share of the cryptocurrency, you should get a cold wallet where you can keep most of your assets. The hot wallet is online and is susceptible to hacking while the cold wallet is offline. Just the amount you need for a transaction can be stored in the former.

You can either analyze the trends on your own and start trading, or take advice from various sources, one of them being the mobile trading apps that guide you towards profitable investments with their calculations and analyses. One such app providing valuable mentorship to its clients is cryptocurrencies.

You can meet the seller of Bitcoins in person and carry out the transaction. But you must be very careful while transacting Bitcoin, since the identity remains anonymous and the cryptocurrency transaction once initiated cannot be reversed, you must be careful with whom you will be interacting.

Many stores offer Bitcoins in exchange for products and services. Bitcoin ATMs can also be used to buy Bitcoins with fiat currency.

As an increasing number of global business conglomerates and even smaller businesses are supporting this cryptocurrency and, in some cases, have even incorporated it as a mode of payment, Bitcoin is gradually becoming a part of the global economy and is no longer viewed as a method based on speculation to earn quick money.

This is proved that even governments and regulatory authorities are devising new laws and legislation, especially for Bitcoins. This must be taken as a sign of acceptance for Bitcoin.

You should be aware of the risks in the Bitcoin trading arena before plunging into it full-throttle. Being cautious and making well-informed choices are the key to your success in this new fascinating world of cryptocurrency.