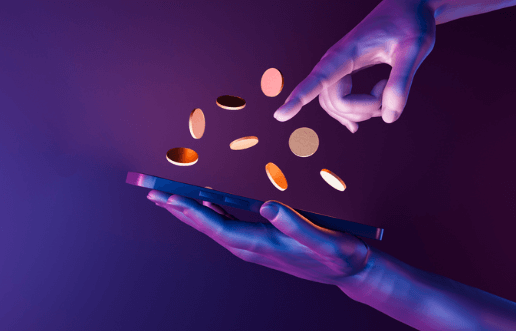 A new market arises from technology, a completely new environment for many people but really attractive for Bitcoin rules, including large investors and corporations.

Technology, entertainment, and finance merge into a single concept that is very striking, where technological devices mark a new era where everyday life and virtual reality are mixed.

It is a market with a very high potential, where investments could even exceed 850 billion dollars in a couple of years.

Although its beginnings as a new parallel virtual universe are said to start in about 10 years, it does not seem inconvenient to know and learn more about this new way of generating income and significant investments in the future.

Cryptocurrencies and the METAVERSE will definitely make the technological leap that many thought would only be on television and science fiction.

A look at what the Metaverse is

The Metaverse emerges as a concept where it is possible to merge the daily activities that we carry out and that usually can only be carried out in person, that is, physically in real space.

It is there where Mark Zuckerberg, the creator of Facebook, decides to venture into this new world, where people, through the use of Avatars (virtual twins), will be able to work, study, invest, have fun, eat, among thousands of activities but in a remote way.

This young visionary has caught everyone’s attention after changing the name of Facebook, his most incredible creation, to Meta; he definitely decided to bet everything on this new technological era.

So much so that great businessmen such as the founders of Microsoft, Google, and even Nvidia, decided to bet on this innovative virtual reality that will absorb the attention and concentration of many Internet users.

Although the Metaverse is not a relatively new concept since many years ago, this idea of ​​virtual reality has been presented from a movie perspective.

One of the sectors that could benefit the most is that of CRYPTOCURRENCIES since, in this metaverse environment, various goods and services could be acquired. Still, the currency that would be used is, for example, Bitcoin.

The Blockchain and the Metaverse technologies will be merged to offer their users unimaginable benefits. In one way or another, it will mark the path of decentralized finance and the definitive impulse of cryptocurrencies as legal tender currencies.

The Metaverse is characterized by offering a place of interrelation between users where the two-dimensional becomes three-dimensional; it is where the great technologies create suitable devices, such as virtual reality glasses, audio, and perception devices of sensations.

The world was constantly digitizing before cell phones were born; it was a fact that surprised the world, and few had access to them; today, most of the world’s population has a mobile device or Smartphone.

An investment that pays off

The COVID 19 pandemic allowed large companies to restructure their production processes and access to their users. Society, however, community also had to change its habits and digitize them.

From this moment on, the use of information technologies and the various online platforms that were not duly valued before were promoted to a greater extent.

The younger generations are the ones that will adapt more quickly to this new environment since they were born with technology running through their veins; they are already prepared since they socialize, learn and entertain themselves through games on the Internet.

The growth in user willingness to adopt the Metaverse as a technology for development and inclusion has risen significantly; that is where all the elements are interesting to us.

These types of corporations, in turn, offer endless Goods and Services that all users can acquire and, in turn, make investments that might seem impossible in the real world.

Some of the investments that have been promoted are the acquisition of cryptocurrencies, Nft, plots of land, and tokens, among thousands of other services.

For this, like cryptocurrencies, it is necessary to prepare or at least acquire information about this new business idea.

More than one is looking for the possibilities to be part of this Metaverse is where your popularity makes your capitalization and interest of others increase.